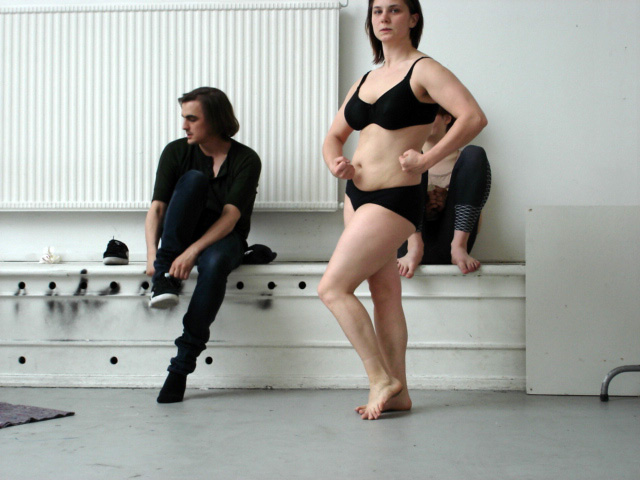 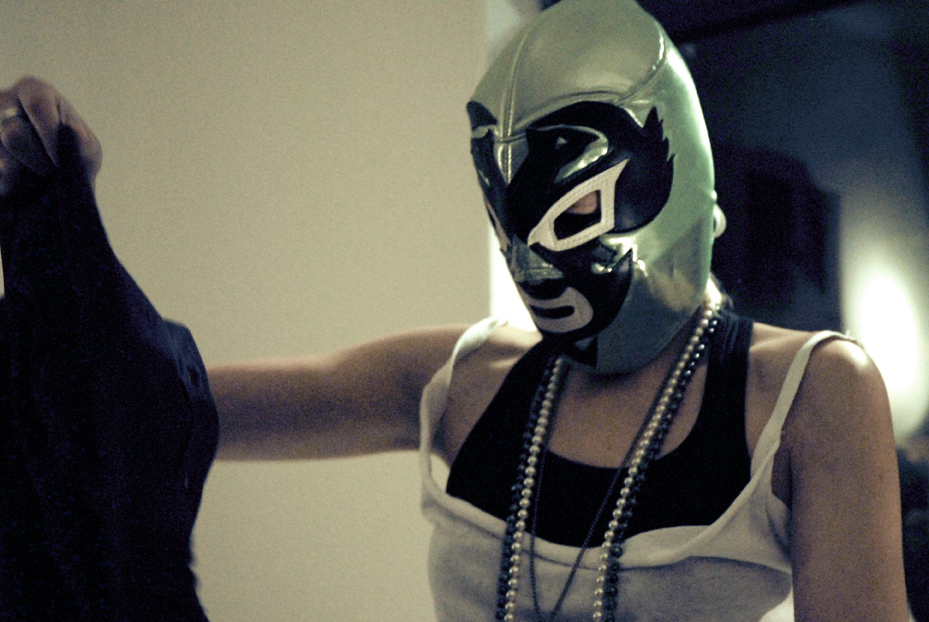 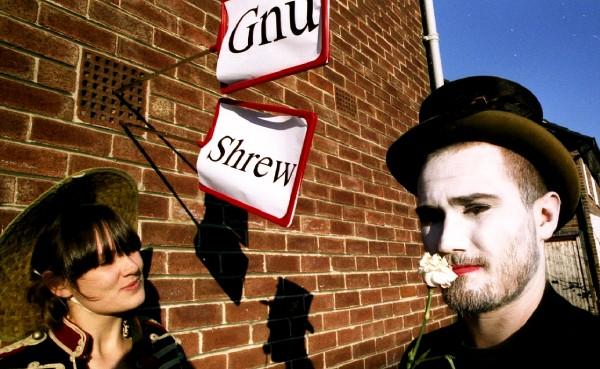 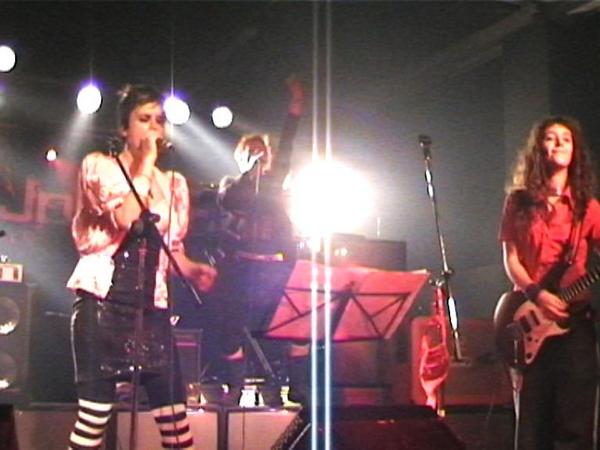 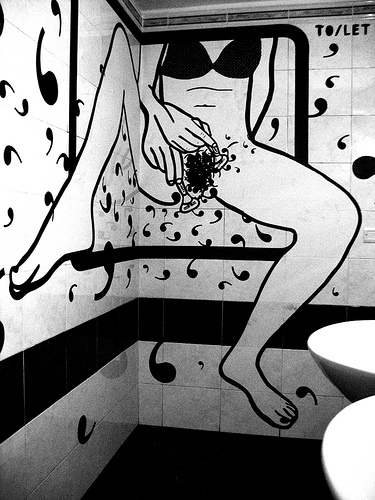 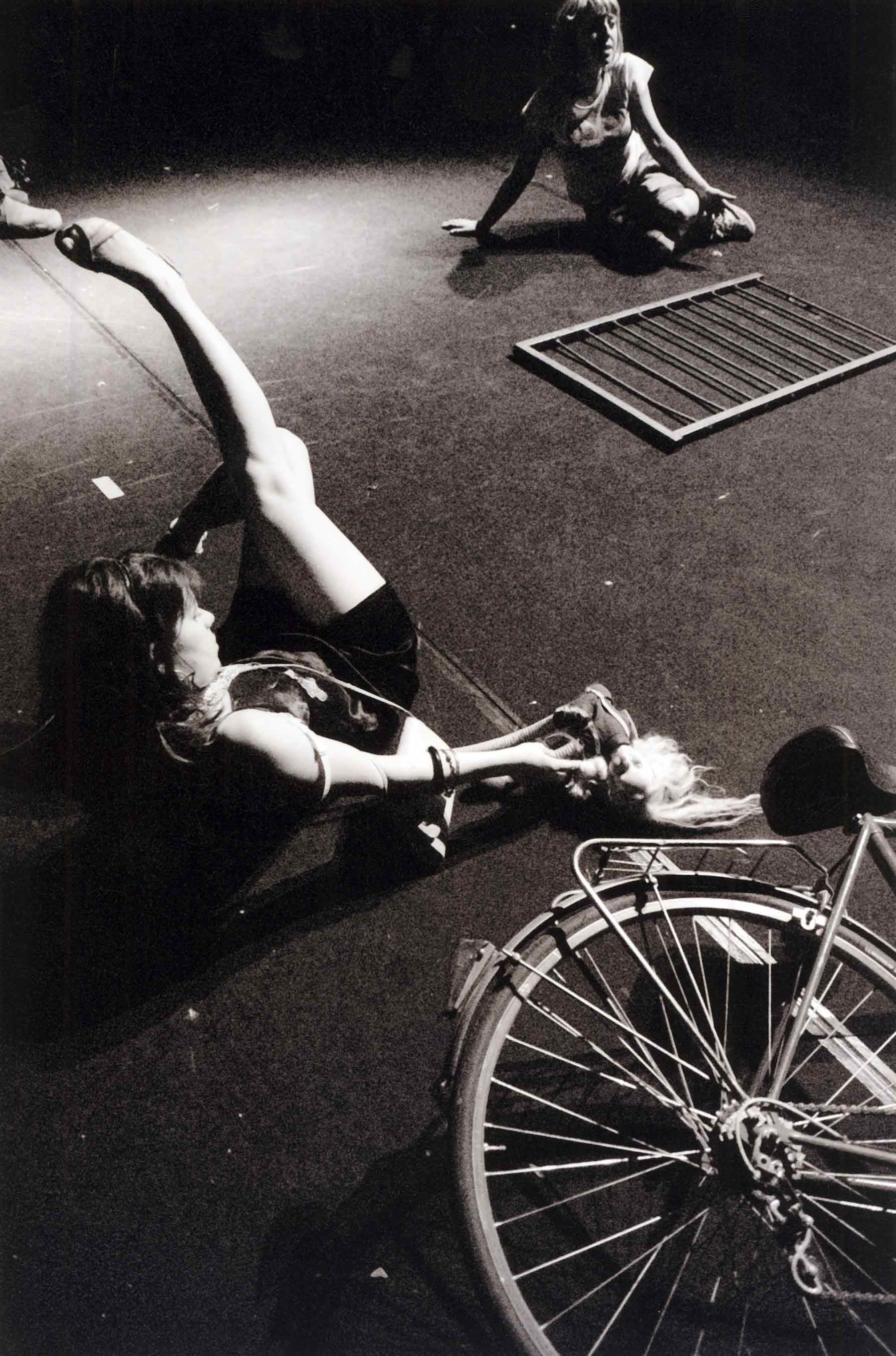 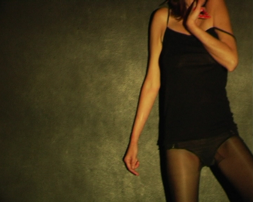 This is a video program made by different young female filmmakers and artists, focusing on China, its immigrants and how the reality of their unknown dreams and desires became unexpected prisons. In these short films different cultures attract and confuse.

Red girl Green girl is a 2 channel video projection. On the left side we see a girl dressed in green, on the right side a girl in red. It is filmed in the red light district in Amsterdam. The artist catches a view from the showroom where two Chinese prostitutes spent 5 minutes in the particularly time and space: a five minutes gap, an in-between reality. Through the small details of the dressing, the whistle, and the little emotional connection between the two girls, we try to grasp the smallest clues to recognize their identity.

Meiya Lin is a video artist originally from Xiamen, China currently based in Amsterdam. Her work introspect on place the interaction between dream and daily life. As a humanitarian artist, she expresses her genuine concerns about human beings situated in different social groups. Moreover she has a careful eye for cultural details in which the minorities are pushed into corners that they have to either fight, or accept.

Lian travels alone to London from China, clutching a precious memento, which she keeps secret from her new Chinese flatmates. As she struggles to learn the ropes, selling pirate DVDs on the streets of London, she forges a cautious friendship with her flatmate, Da Hai. But when she steals a moment to view her memento, things take a turn for the worse in their friendship, and Lian suffers a difficult loss. However, in a final twist, London gains something magical.


Director: Gillian Pachter
Gillian makes character-driven, observational documentaries for Channel 4 and the BBC, mostly about the strange events that sometimes befall ordinary people. In 2006, she originated and series-produced Chinatown for BBC2 (UK), a set of three films about hidden Chinese communities in the UK. Her experiences with Chinese pirate-DVD sellers inspired the short drama Five Pound Hollywood, which she wrote and directed. She is currently writing a comedy series about a dysfunctional Cantonese family, and making documentaries and docudramas for television.

Director’s statement:
I was inspired to make Five Pound Hollywood after producing a documentary series that took the viewer inside the hidden communities of Chinatown. Whilst making this series, I met a number of illegal immigrants working on the black market, who struggled to remain connected to their children back home. We helped them make home videos that we sent to the children, and vice versa. These families would not be re-united for several years, if ever. I’ve never looked at pirate DVD-sellers the same way again.
During the course of documentary research, I met Aiqin Lin, whom I based the script on, and who starred in the film (see below).

PRODUCER: David Balfour
David is a graduate of the National Film and Television School, and has produced 13 short films. He is currently involved in several funded feature film developments. David works at the Met Film School in London.

Lead ACTRESS: Aiqin Lin
Aiqin is a non-professional actress who first came to the UK ten years ago, illegally smuggled by snakeheads. She won acclaim for her lead role in the feature film Ghosts, directed by Nick Broomfield, which was closely based on her own experiences. Aiqin’s personal experiences contributed greatly to the realism of Five Pound Hollywood.

“Teams of short film-makers from Westminster and Lewisham are the first winners of The Best of Borough Film Awards (The BoBs) which took place on July 23 at BAFTA. The BoBs, run in partnership with ITV Local – ITV’s news, regional information and video site for your local area – gave prizes of £2000 each to the two best films made through the Film London Borough Production Fund.  A total of 42 films were initially put forward for consideration and six films were shortlisted for the Awards. Sixteen of London’s Boroughs take part through film-funding partnerships.

Five Pound Hollywood, directed by Westminster-based director Gillian Pachter and produced by David Balfour took the Jury Award. The film follows the poignant story of illegal immigrant Lian who lives in the shadowy and treacherous world of selling pirated DVD’s on the streets of London, but carries a secret from home. The judging panel for the Jury Award was comprised of representatives from the film and TV industry. The film was made through the Wandsworth and Westminster Film Fund.”

A play of café beans
A poem
Some whisperings
Some conspiracies:

Cui Xiuwen’s video Ladies (2000) documents a society undergoing rapid transition. Using a hidden camera to film behind the scenes in the toilets of a glitzy Beijing ‘escort’ club, Cui confronts female sexuality in modern China. Low-fi surveillance technology records young women over the course of an evening as they come and go in front of the nightclub’s bathroom mirror. The footage is edited to create an orchestrated series of repetitive performances that gradually reveal the nature of the women’s occupation. We watch them unselfconsciously adjusting their bras, applying make-up and changing outfits and then, in the last moments of the video, we eavesdrop on their mobile phone negotiations with ‘clients’ and see the evening’s earnings being counted and carefully hidden. Cui reveals how the private space of the bathroom becomes simultaneously a site of economic exchange and a refuge for the women.

Cui Xiuwen comments: “When young women come to the mirror, adjusting their make-up, their concentrated expressions seem to have an almost religious sensibility. The number of people and the amount of time they stand in front of the mirror are far more than ordinary. They show poker faces and never have any awareness of the existence of other people around them. But you can feel that is a situation before a battle. It seems that the ballroom outside is a battlefield.”

Alexis works with film and video creating experimental narratives,
documentaries, and installations. Alexis has lived for extended periods in Chinese cities. Those experiences have been the inspiration for works that explore cultural identities abroad and at home. “Chinese Dishes" is a part of a larger documentary project about Chinese women living in New York City.

Artist statement: Starting with food as a point of departure, I explore issues of cultural and female identity. Chinese Dishes is a video using 3 portraits of Chinese women in their late 30’s and early 40’s in their New York City homes. I asked each of the women to prepare their favourite dish, and allowed this action to conjure up their memories and thoughts. These women were obliged to come to the United States to follow their husbands who were placed in American jobs. All three women gave up their own careers. After arriving they were faced with a new unexpected domesticity and isolation. In fact one woman had never cooked before she arrived in the United States. As opposed to highlighting the more commonly heard stories of Chinese immigrants escaping impoverished circumstances, I wanted to show a group of middle class Chinese women who have now taken on the entirely unfamiliar role as housewife. The title, Chinese Dishes, refers to the process of filming food, but also sarcastically referencing the price these women pay for fulfilling the American dream.

Pauline Doutreluingne (BE) is an independent curator, writer and Sinologist who went to Beijing in 2004 to do a master in art management and art critique in the Central Academy of Fine Arts. She is the founder of the Borderline Moving Images Festival (www.borderlinefestival.org), which is one of the first festivals in China to create a context for live audiovisual performance and video art. Since 2006, she was also a curator/assistant director at the Platform China Contemporary Art Institute, whose profile has risen sharply for their shows of emerging artists. In 2008 she moved back to Europe and installed herself in Berlin where she is now residing. From there she got more involved in the European art scene and co-curated the show ‘There is no I in team’ in public spaces in New Castle Upon Tyne and Baltic Centre for Contemporary Art (UK). This summer she got preselected for the H+F curatorial grant of FRAC Nord-pas de Calais for whom she is since then writing texts for their catalogues. Besides, she is a freelance writer for magazines as NY Arts Magazine, Code Magazine (Belgium), independent curator for video art screenings at Sonar 2007 (Barcelona), Full Pull 2007 (Sweden), IDA 2007 (Australia, Japan, China), Sparwasser HQ, Cluster and Raumerweiterungshalle (Berlin) and a video researcher for the Dropping Knowledge project (www.droppingknowledge.org). 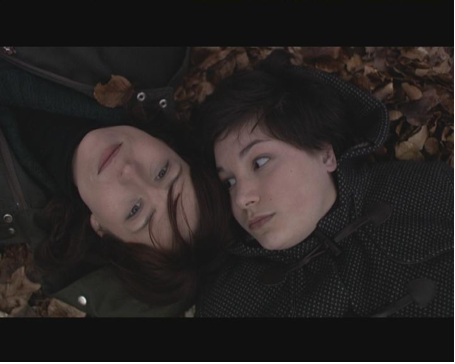